Browsing through the Wearabout blog is an enthralling experience altogether. One of the most notable format in Wearabout is that of drawing parallels. In one such post titled ‘Boot Boys & Recycling Girls’ the post is a juxtaposition of two images: of two young boys who work in a shoe shop/restaurant in Shillong and of two young girls who are ragpickers in Mumbai. The post gracefully tosses viewers into a pitfall of thoughts. Why Shillong and Mumbai? Are they dressed similarly? Is it their innocence? Is it the colours? Come what may, one thing is certain that the post leaves viewers on a tranquil egalitarian note. After all, in some level we are all the same. 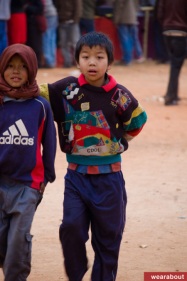 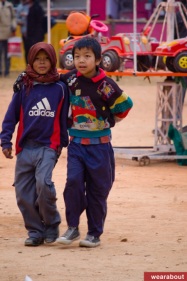 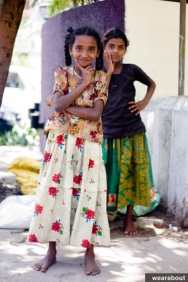 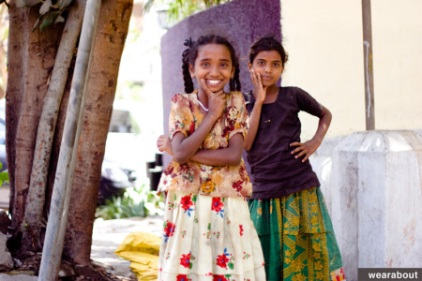 As aptly put by the founder, Manou, Wearabout is “a photoblog. An archive of this particular time through people’s outer appearance and sometimes inner thoughts.” Wearabout blog is an unconventional documentation of raw moments and portraits of “things that stand out” in the streets and events around the subcontinent. Whether it is a moment that crosses path or one that is a planned shoot, Wearabout blog is like a time capsule that stores minute but salient details that makes a person or a place what they are. How often does it happen that we care to notice the little details… like a fine morning when Manou notices a colourful auto rickshaw outside his window who’s colours resemble Look 14 from Zara’s April 2011 Look Book. Even a moment while walking down the streets of Asansol or Shillong and noticing the resemblance of Indian Sadhus draped in orange cloth in Hermes Ready to Wear Spring Summer 2012 collection. Whether we embrace fashion consciously or not, we understand from Wearabout that streetstyle naturally finds its way to the bustling flea markets of Dimapur, wedding receptions in Kohima, busy streets of Mumbai and eventually also on the runways of Lakme Fashion Week all the same. 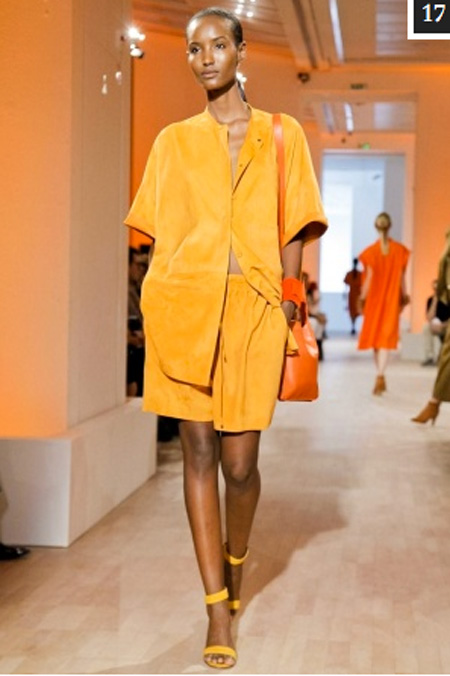 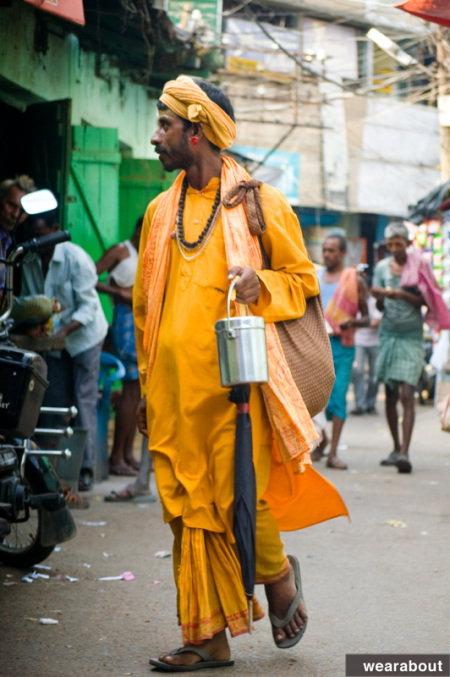 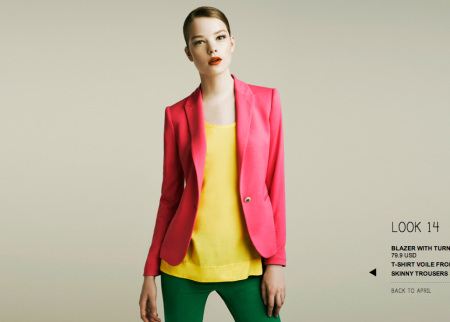 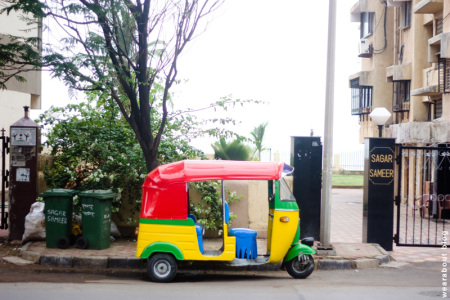 For Manou, it has been an insightful journey of understanding people and places. “Some people are too shy, some are very willing and open to be photographed, some are on some sort of guard, some suspicious for whatever reasons. Some don’t know what a website is, some want a print to be posted while some ask for money.” Whether one calls it the underbelly of blogs or draws similarities with other photo blogs like Humans of New York, one thing is certain that Wearabout brings out the uniqueness of every human with or without a caption. Images like that of a woman squatting next to the roosters she sells in Dimapur speak for themselves. A frozen expression of a vendor in her head-wrap and harem pants always steals the attention. In other times, the photos come with a few basic questions that Manou is curious about and the responses are what one needs to hear from time to time. “Ricky is a dancer and I make funny videos on instagram. I want to make people happy and that’s what I love to do. We were both born in October and we both love Lily Allen & Adam Levine.” declared Vanlalhmangaihi, a young girl who was twinning with her boyfriend when Manou bumped into them in the streets of Aizawl. The blog is a portrayal of that particular arbitrary beauty that shines out of the cacophony of stories from the streets. 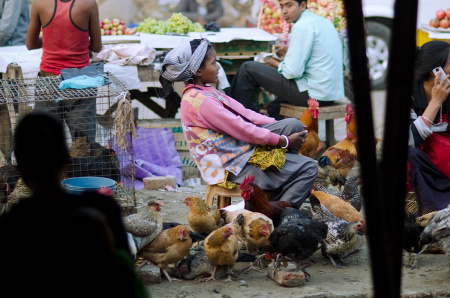 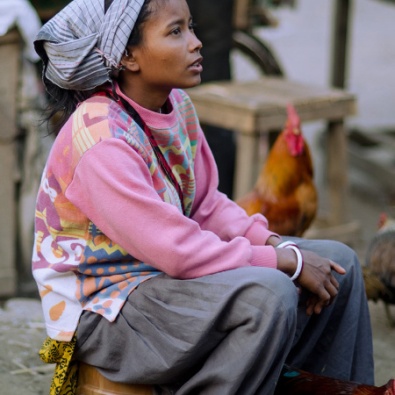 Another key observation is language. The titles of each post usually only consists of the name of either the subjects or objects. “Indian Autos and Zara” or “Young Khasi Boy” gives us little insight about the image. It does not suggest anything beyond the tangible. This technique is helpful in allowing the viewers to have a raw uninterrupted experience with no seeded impressions about the images and the captions. Its a visual book that simply takes us where we take ourselves. Whether it be Wearabout Vintage, streetstyle, children or the elderly, rest assured we will be canoeing in the river of our thoughts. 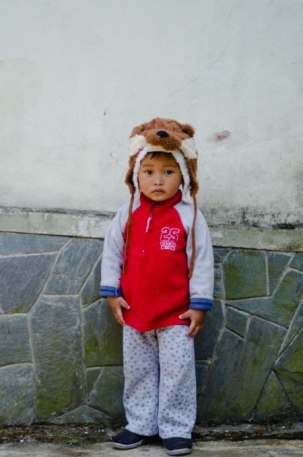 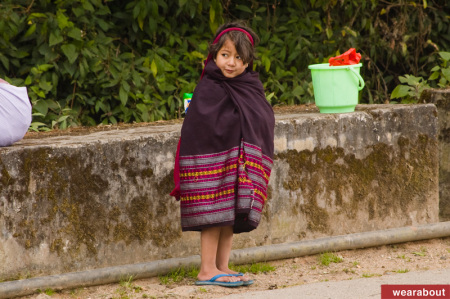 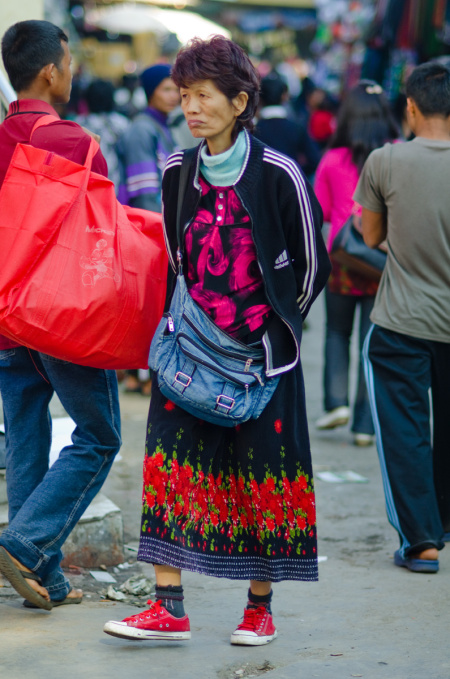 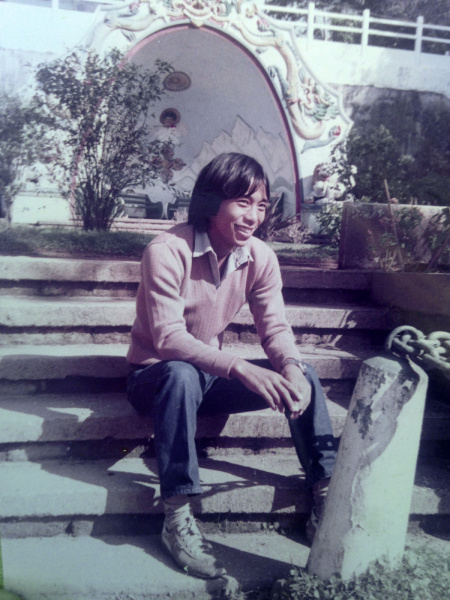 Before Wearabout blog, Manou was one of the many 9-5 job goers in the country. Clearly, that was not enough. His journey became more fulfilling once he moved to Auroville, Tamil Nadu and began to work as a teacher for minimum pay in a nearby village. It was only soon that he found himself observing and capturing everyday life that surrounded his vision. From sunsets to vegetable sellers and people in public transport, there were priceless expressions and colours everywhere. While he earns his daily bread from freelance photography projects, Wearabout is where Manou pastes reality and parallels as it appears to the naked eyes. “I think I value hands-on experience more than formal education and would advise anybody to start work as early as one can- odd-jobs, internships, assisting, etc in whatever one is even vaguely interested in. Nothing better than taking 6 months to a year off and starting right after school.” advises Manou. All in all, the key to passionately unearthing oneself is as Manou aptly puts “do not undervalue yourself and be open to feedback.” 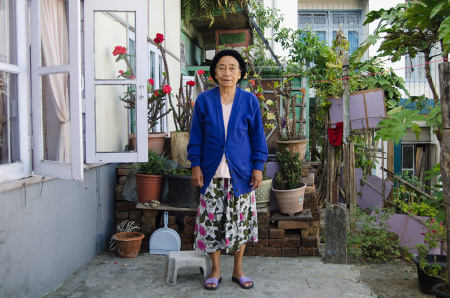 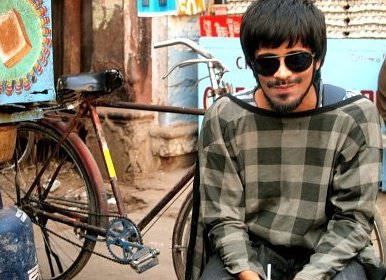