Walking along the streets of Gangtok, the capital of Sikkim, it is the same mundane things to see with occasional “out of the ordinary” sights, but in recent days, along with the regular crowd of exquisitely well dressed people, there has been increasing sightings of boys and girls dressed in skater-wear armed with skateboards and a resolute resolve.
These boys and girls have been seen boarding around the town getting scolded by the cops and authorities as the act is seen as disruption to peace.
This bunch took to the streets in huge numbers on June 21st 2018 celebrated as the “Go Skateboarding Day” internationally by skateboarding fraternities to promote skating across the world. 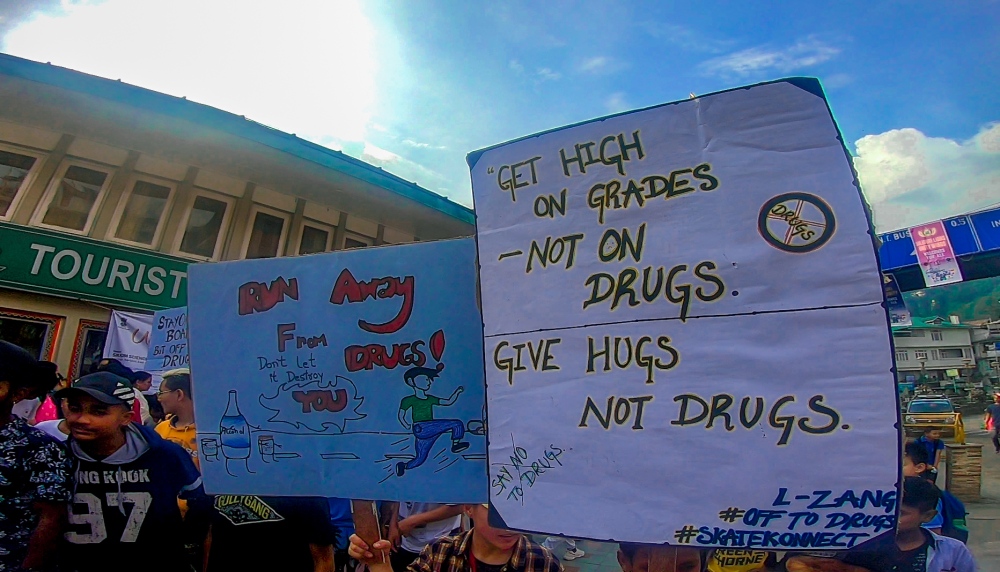 “We just need a skate park and maybe we’ll be out of everybody’s hair, the bunch of us who have created this community have come together close due to this love for skateboarding that we share. Once you know that exact feeling of gliding with the board, of making that precise twitch in the calf muscles to feel the toe stretching just that extra inch to get the board twisting into a kickflip, once you know that tiny little fraction of belonging there’s nothing quite like it anywhere, that’s what keeps us together.”
Passion filled the guy who was in the centre of things, Tenzing Tsundu Bhutia, a native youth of Gangtok who spent his childhood growing up at Lal Bazaar, a familiar place for the natives to chill at. Also known as “Agya Jack” to the guys that he has under his wings at Skate Konnect, a community of skaters across North East India and Nepal. 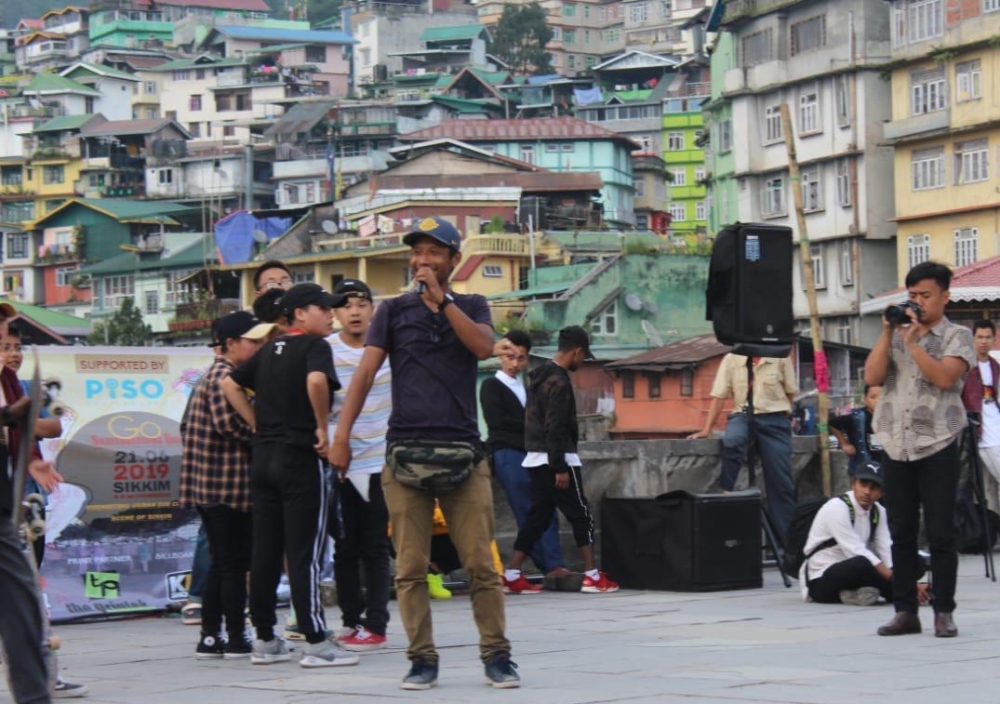 “Growing up in these streets, I have seen things that make me wonder if the new generation should stop glorifying things that do not really matter, and glorify life instead, I want to create an ecosystem with a positive shield that recognises the bad stuff in life and emphasises on transferring that negative energy into positive by skating, that’s why I created Skate Konnect. Society has always had a say in things, and it should be that, but inside societies across the world there are these skate communities thriving, just like other urban cultures that have spawned from the streets and we want to promote this sport as strongly as we can. This is why different cultures and sub cultures have come together this day to execute a cohesive effort of promoting these cultures in Sikkim, along with the purpose of taking a stand against substance abuse, which plagues our state.”

The event was planned to house different street cultural practices like Hip Hop dancing, Rap, Beatboxing, and Turntables.
It started from Gangtok M.G. Marg, where I met Tenzing and asked him about what was happening. The event kickstarted with an exhibition Ollie competition where skaters needed to jump over obstacles on their skateboards followed by a peace rally against drug abuse in which a huge number of skaters and urban street culture artists participated, and all of them walked towards the plaza terrace holding signboards and placards that had messages condemning substance abuse.

“I hope people enjoy this and go home talking about it. There will be performances by pioneers of Hip Hop, Rap, and Beatboxing in Sikkim, along with the Game of Skates, the main event.”
Tenzing tells me as we walk towards the venue.
“We have already initiated the skeleton for the ecosystem that would sustain the community of communities itself. We have our Hip Hop dance community Legion of Love in Sikkim, we have rappers coming together with us and sharing their mixtapes, we have SkateKonnect coming together with countless skateboarding fraternities that sponsor us a few boards for us to distribute, we have beatboxers, and graffiti artists. We have all kinds of artists that can come together and contribute to sustain themselves, and doing these events on a regular basis can help us grow, financially, because at the end of the day, finances are what run everything. Today is the advent of that cultural unison.”

It was indeed the advent of something new, likes of something that was never seen before in Sikkim. It was a concoction of different cultures, all of which have spawned from the streets.
There was a delicious mixture of the sports like Breaking( B-Boying) and Skateboarding which are both in queue to be selected as competitive sports in the Olympics, accompanied by showcases of Hip Hop dancers, Rappers, BeatBoxers, and Disk Jockeys.
There was Game of Skates, the junior and the senior categories. In this game, two skaters went head on in which the first skater “the defender” did a trick and the other “the offender” had to copy and execute the trick, failure in execution gave the defender a letter from the word “SKATE” and the game went on.  The first one to get the word SKATE won.

There was an exhibition battle for B-Boying in which B-Boys from Namchi’s Legion of Love Dance Studio “LOL Dance Studio” went against the B-Boys from Mindfreak Crew Rhenock.

There were rappers from all around North East eager to showcase the bars that they had, the same was with the beatboxers from all around Sikkim and neighbouring states. Showcases by BRSTP, Music in Motion, and local talents from Gangtok embellished the event with movements only seen in TV or on the internet.

By the time the event had ended it was already 9:00 PM and all the organisers and participants looked extremely happy, along with a euphoric audience who had seen this kind of cultural mash up and one of a kind street event for the first time.
The winners got gift hampers in lieu of cash prizes, the hampers themselves were merchandises sponsored by various start-ups and different companies.

“This is how we should go forward and grow, you know. Together. I am so happy that today happened, we are soon going to launch a video that will only feature the talents that you saw today, we will use the beatboxers’ beats to have rappers rap on it and the skaters and dancers to choreograph a routine in a video by our own freelance videographers and designers. We have so much in Sikkim and we are done asking for our place in the society, it is upon us to create a positive ecosystem for our cultures to thrive in.”
The terrace that housed so much commotion during the course of the day had suddenly gone stunningly silent.

“Hear that? That is the calm before the storm.
We are coming, and we are inevitable.”